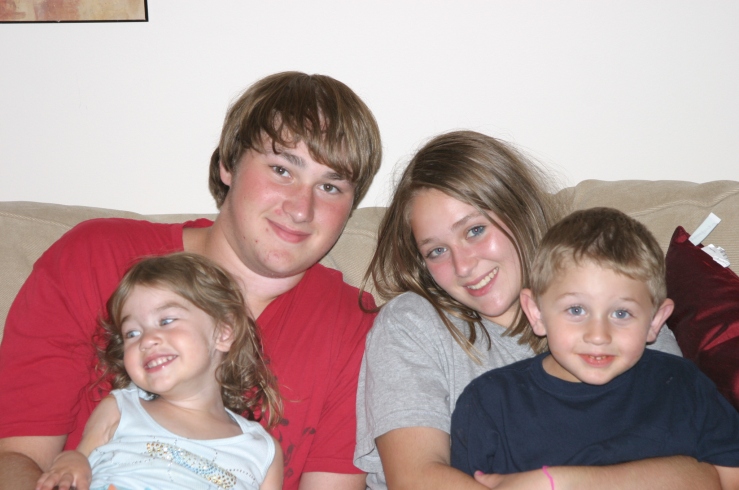 These are the words I recently spoke at my grandfather’s funeral:

I have about five minutes to share 45 years of memories of a man who lived 96 years.

My grandpa, Julius Brodinsky, was born in 1916, in Harlem, New York, the second of five children. He lived with his parents, Sam and Molly, and his siblings, Hy, Blossom, Helen and Freddy.

Because of tough times, grandpa dropped out of school in the 8th grade. He worked many jobs to support his family, including selling newspapers and delivering ice cream and ice. He even rotated the turnstiles at Yankee Stadium for incoming spectators.

My brother Marc and I loved the stories he would tell of all the Yankee stars he saw play in person. Grandpa loved baseball and played all through his childhood. He played pickup games in the sandlots of his neighborhood. He always made sure his older brother Hy got to participate in those games. Hy, diagnosed with polio, dragged a leg his whole life. But that never stopped him from playing baseball with his younger brother. Grandpa would carry Hy to and from the fields and sit himin a chair behind home plate so he could catch and play like all the other kids.

Grandpa was a tough kid. When other kids picked on Hy and teased him, Grandpa came to the rescue and took care of business. He protected Hy as if he were a piece of gold.

At the sandlot, grandpa and Hy sold soda and candy. They even made sandwiches at home to sell to other kids in the fields to make money to help support the family.

Grandpa took classes at a technical high school and played catcher for the team. He even caught a game at the old Yankee Stadium. He was so proud of that.

But his proudest moments came serving his country in the United States military. Grandpa was an Army man in World War II. He saw hand-to-hand combat, rode in tanks, fought in the Battle of the Bulge. He told us chilling stories about blown bridges and bullets zipping over his head.

With Grandpa Julie, what you saw was what you got. And what I saw was a hero.

Upon returning home from the war, grandpa started his family immediately. With his wife Pearl, they had three boys, Michael, Robert and Bart. He was hardworking, doing whatever was necessary. He was a truck driver, trucking company owner and trucking dispatcher. More than a few items “fell off the truck.”

One day I met him for lunch in lower Manhattan, where he worked for a trucking company. We ate pastrami and corned beef sandwiches and knishes at the local kosher deli. He had invited me in to introduce me to two brothers who owned a successful clothing company.

Then already 77, he led me through a maze of streets and stormed into the clothing warehouse. He told the two brothers they should do business with me. And they did, for many years, until they closed shop.

Grandpa never asked for much, but when he asked for something he got it.

He lost his first wife Pearl, in 1964, and then met my grandma Ruthie. She had already struggled to bring up three children of her own all by herself, but they married on Christmas the next year and she decided to become a wife and mother all over again.

My brother Marc and I spent our entire childhood with our grandma and grandpa. We spent summers at Buyers Bungalow Colony in Swan Lake in upstate New York. We all swam and played.

As we grew up, living just a block away, Grandpa was a daily part of our life. We ate together, shopped together and traveled together.

One summer, he planted a vegetable garden. He cared for it and we all enjoyed the fruits of his labor. I well remember my grandfather, then 56 — barefoot, in shorts and no shirt – chasing with a stick in his hand the rabbits that tried to destroy the plants and vines.

We are all “fruits of his labor.”

What you saw was what you got. And what I saw was a role model.

I think of the adversity he faced his whole life – the Great Depression, the lack of money, the war and the deaths he lived through, the loss of both wives and two boys, the loss of both parents and all but one of his siblings, the loss of his close friends and neighbors, the aging that eventually stole his vigor.

But what he saw in his 96 years was love and opportunity, the opportunity to learn what what really mattered from his parents and siblings, to appreciate the gift of close friends and caring neighbors, to make money for and protect his family, the opportunity to serve the United States of America, to go to war and cheat death to help others in need, to share the love he felt for Pearl and Ruthie with six children, three grandchildren and six great-grandchildren. Even as an old man, with no strength left, he kept helping those he loved.

I will never forget what you have done for me.

I will never forget what you taught us.

Thank you, Grandpa, for being there for my Grandma, and for helping my blind parents, for taking them to doctors and shopping and holding their hands while you needed someone to hold yours. Thank you for giving me the only inspiration I ever needed to work as hard as I do to provide for my family. I promise to teach my children how to grow a garden and chase those rabbits away.